I showed some paddle making to the guys working in the shop with me.  This fellow seems to have really taken to it, like he's got the fever!  This is a generation that is caught between traditional and modern culture and is struggling to find itself.  In a small, isolated community such as Fort Severn, there is not a lot for the young people to get passionate about.  Really, though, its not that different from any other community, just more concentrated and obvious.

Here Herman is doing some layout and discussing paddle making with one of the local elders.  I later found out that the elder is also the grandfather of his girlfriend.  Hopefully this sort of thing can help family relations. 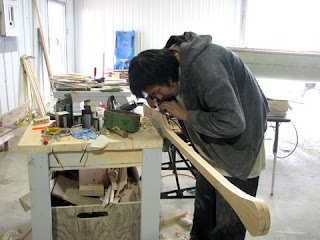 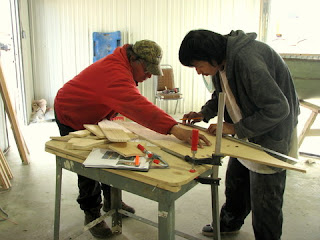 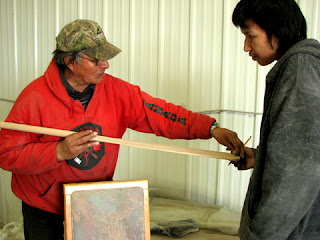