Progress on the DIY Clairtone Project G is inching along.  First, my friend Eric made up these ferrules for the end of the speaker support arm.  Eric is an accomplished woodworker and has been doing some volunteer work at the Western Canadian Aviation Museum where he has access to a metal lathe.

On top the ferrules the Project G had a 10" aluminium disc that acted as a support to stabilize the speaker globe.  I don't have any facility to make such a disc from metal though I do have facility to make it from fibreglass and make it look like aluminium.  I used the shell that I had made up for determining the holes patterns as a mold.  Once the pieces were cleaned up and sanded I was able to paint them with aluminium  spray paint.  In order to get the tool marks that would have come from spinning the metal, I secured the parts to a pottery wheel and applied 100 grit paper to create the circular texture.  Once painted again, the effect is quite convincing, especially as this will be underneath the globes and you will have to kneel down on the floor to even see them!

I also treated the back shells of the globes the same way. 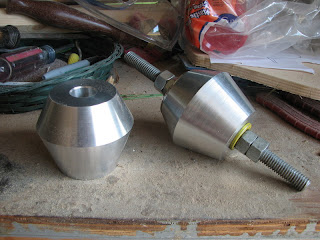 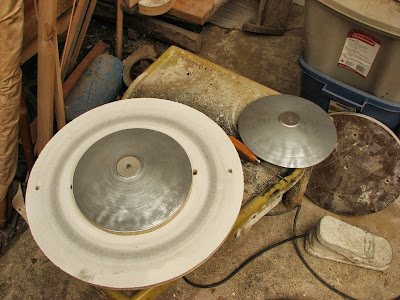 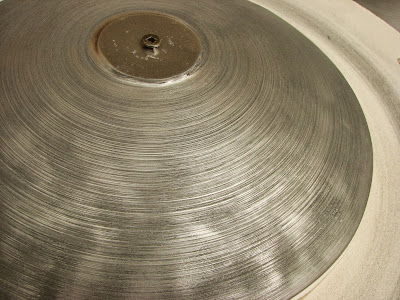 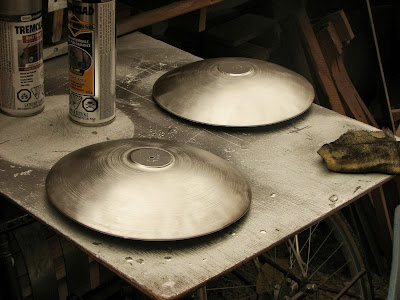 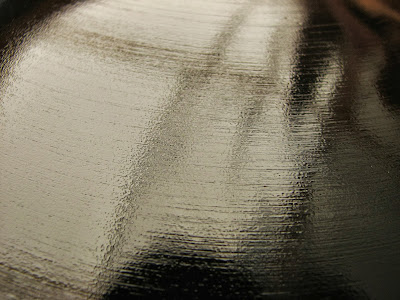 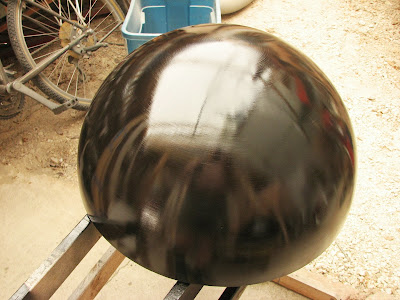